PitPoint.LNG will build Germany’s first liquefied natural gas (LNG) bunkering station in the harbor of Cologne. The new station will facilitate the bunkering of LNG powered inland waterways vessels that sail on Europe’s busiest transport waterway, the Rhine. The construction of the bunkering station is a next step in PitPoint.LNG’s strategy to develop a European LNG infrastructure to facilitate the uptake of LNG as fuel for road and marine transport. 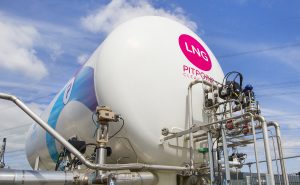 LNG is considered as one of the most promising alternative fuels for the transition towards cleaner transport by shipping. LNG combustion is cleaner than diesel combustion, improves the local air quality (less health damage caused by particulate matter/soot or NOx) and reduces CO2 emission. LNG powered vessels help ship owners and operators meet emission standards set for shipping without requiring additional exhaust after treatment systems.

As from the start of operation, which is planned for at mid-2018, this LNG bunkering station will also bunker LNG for the inland dual-fuel barges that Shell Western LNG B.V. (Shell) has chartered. For this purpose, Shell and PitPoint.LNG have signed a long-term agreement. Jan Willem Drijver, Managing Director at PitPoint.LNG: “We are very pleased to start with the realization of this LNG bunkering station and to have Shell as a key launching customer. Enabling companies such as Shell to transport and deliver their goods in a cleaner and more environmental friendly way supports PitPoint’s mission to realize 100% clean transport in 2030.”

Lauran Wetemans, Shell’s General Manager Downstream LNG, said: ”Together with the infrastructure developed in Rotterdam, this station will expand the availability of LNG fuel for customers on the Rhine – Europe’s key inland waterway. We look forward to working with PitPoint.LNG to make this a reality.” 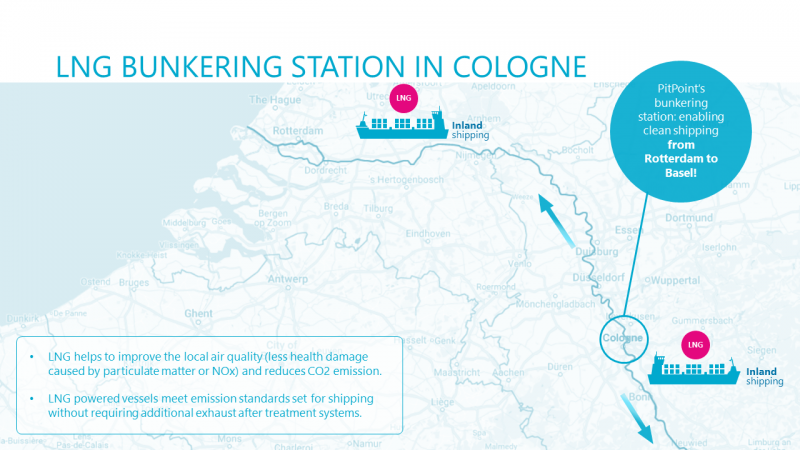 PitPoint.LNG is a joint venture formed by PitPoint clean fuels and Primagaz Nederland BV. PitPoint.LNG focus entirely on the realization and exploitation of a LNG infrastructure for the automotive and marine market.